Leadership Lessons from a Plodding Buffalo! 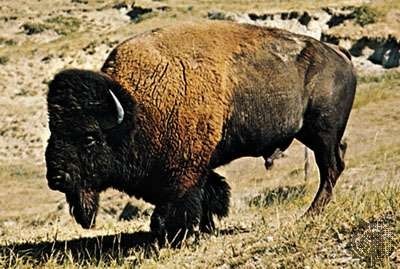 I now run almost exactly half the speed that I ran in my prime! And my gait and breathing mimic that of a plodding buffalo.  Close your eyes for second and just imagine the sight and sounds!  Gadump, Gadump, Gadump!!! Heeeh, Heeeh, Heeeh!!!

Long ago, I accepted my fate of watching buzzards circle overhead on my runs. And I am getting accustomed to Boy Scouts following me on their bicycles in hopes of earning their next merit badge. Such is the life of a runner (plodder) at 58 years of age!  But on I plod.

Truly though, I chuckle inside at the irony of running so slowly and loudly – for I should have been dead on multiple occasions over the years – yet here I am still huffing and puffing along.

For example, did I tell you about the time I rolled my car end-over-end down a thirty-foot embankment when I was seventeen years old – and walked away with just a few deep bruises on my knees where the steering wheel kept me from being ejected from the vehicle?  Or the time my cardiologist stated “Uh-Oh” while viewing my 100% blocked “widow-maker” artery in his catheterization scope?  Many are the tale of similar life-ending scenarios that should have brought my story to a close. But on I plod!

So what is the leadership lesson for you here? Simply nothing more than keep on plodding! And chuckling! For you have been gifted yet another day that many others have not!  And you have yet another day to fail while failing forward. And, perhaps, today, to succeed, while still moving forward!